The Pi foundation just released the Pi 2 B (at least I think that's the name — am I alone in thinking that after A, B, B+ and A+, the name "2 B" isn't quite the most obvious of choices?!).

This is a quad core ARM 7 beastie, with 1GB RAM. MoPi copes fine with running the Pi 2 :-) 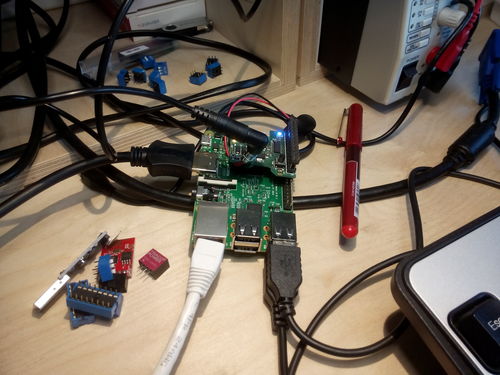 (Excuse the hacky power connection — this is one of the few MoPi I have left; waiting for a new batch from Lubo!) 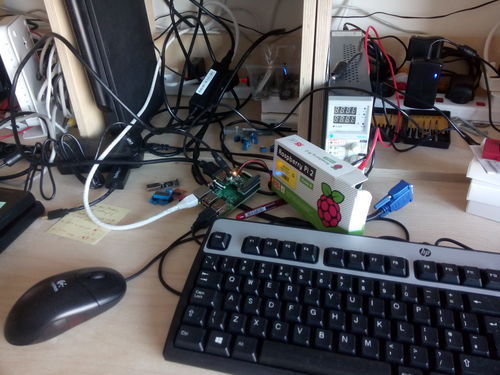 As with the A+ the new CPU position means that the MoPi terminal block touches the CPU. So far I've had no problems with this; in any case it is quite easy to prop the board up a little with small shim or plastic bolt.

[Note: fixed as of simbamond release 4.1, February 17th 2015.]
The Pi 2 has broken various things, e.g. the RPi.GPIO library, and we've had a report that the latest Pi firmware also breaks our I2C installation routine. So simbamond isn't running on the Pi 2 at present; we'll fix that ASAP. The basic power functions work fine though.

And yes, the Pi 2 is faster :-) Though not as fast as (the currently more expensive) new generation SBC machines like the Odroid XU3 or Minix X8.

The Pi 2 wouldn't play a YouTube video out of the box, but probably with a bit of poking it will manage. I concluded a while back that the new pokier SBCs had a lot going for them, though their Linux stacks are sometimes less mature than the Pi. The Pi 2 might well be a great base for the media system + web browser that I've been working towards for several years — I'm eagerly waiting for my Slice from Pimoroni's recent Kickstarter to see if the B+ can really fill that slot...