Packaging Software for the Pi

Packaging and distributing software for the Pi

Twenty-odd years ago I worked for a company building accounting and stock control systems for manufacturing businesses. I started as a general gopher, tea-maker and minor bug fixer on big old behemoths written in a language called COBOL — which some people claimed was a "common business-oriented language" but I was sure stood for "computer operators are boring and obviously lobotomised". Customers would phone up and say "we've got a new invoice format, can you change the report printer to fit?", and I would spend a day or two hunched over a stack of continuous paper (the type with perforated edges) with a special measuring ruler figuring out how many spaces to leave between the date and the address, and the like. 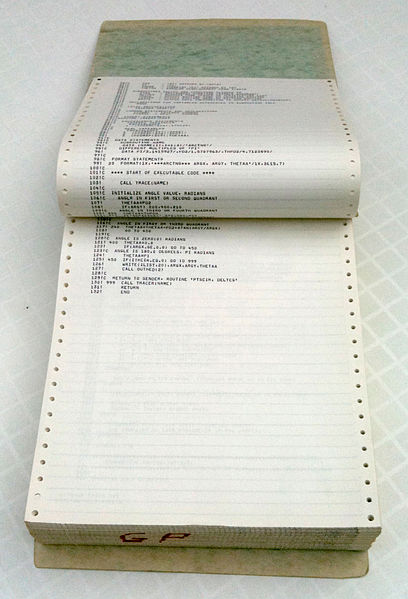 The low point of this phase was four days of my life spent chasing a rounding error in an invoicing program that resulted in a 2 pence error on a £10,000 invoice. I told the boss that I was happy to pay them the 2 pence every time it happenned if only I could stop leafing through that 100-page COBOL monstrosity1, but he didn't think that was a great customer relations strategy.

The company was starting to move into Unix-based delivery platforms (System V was the new thing back then; and a whole business would run on a tiny mini-computer!). I was lucky enough to get my hands dirty with the new technology, and learnt an awful lot in short space of time. It is a testament to the power and success of the Unix paradigm that I'm still using many of these skills today — C programming, shell scripting, systems administration and the like.

One of my tasks at the time was to package and distribute versions of our systems to customer machines. I used a program called UUCP (Unix-to-Unix copy) over dial-up modem links to push new updates onto machines out on site (and, cheekily, used to get the customer machine to phone us back so that the lengthy upload process would happen on their phone bill, not ours!). Things are a little simpler now: someone invented a thing called the Internet...2

The job of packaging and distribution continues to be important, though, and below I'll describe the mechanisms used for the Raspberry Pi's Raspbian operating system.

Software packaging and distribution has to deal with versions, dependencies and access:

These issues have been addressed in various ways; one of the most succesful and wide-reaching is the Debian package management system, and this is the one that we'll describe here.

Debian is a distribution of GNU Linux, which is a Unix-like operating system (like Android, MacOS, Ubuntu, Red Hat and many others).

For the Pi there's a special version of Debian called Raspbian.

Probably the most popular version of Linux at present is Ubuntu, but because of an incompatibility between the Pi's version of its ARM microprocessor and the Ubuntu build system, we can't use Ubuntu's infrastructure on the Pi, except for programs which are architecture independent — a term which we'll explain below when we show how to use Ubuntu Personal Package Archives for Pi software distribution.

Broadly speaking, computer programming languages come in two sorts: compiled or interpreted. Compiled languages are translated into machine code (binary instruction sequences) before they can be run. Interpreted languages can be run directly without any translation. This means that programs written in interpreted languages are often architecture independent — they can run without change on many different types of computer chips. Several languages popular on the Pi fall into this category, including Shell Script and (with some restrictions) Python.

As we noted earlier, Ubuntu Linux is very popular (and is also derived from Debian). Ubuntu has a great set of infrastructure tools associated with it, including Personal Package Archives (PPAs) which simplify the task of building, packaging and distributing software for all the platforms supported by Ubuntu. If we're packaging an architecture-independent program, then, a PPA can be a good way to distribute it. (Several Pi GATE programs are distributed like this.)

Linux is open source free software, and to make sure everyone gets access to the source of programs in PPAs, Ubuntu only accepts Debian source packages as uploads to the archives. This means we have to build both a source (.dsc) and a binary (.deb) package for each program; the next section describes how we do this.

A lot has been written about packaging, and its fair to say that it isn't the easiest thing to get started with.3 We'll take a quick-and-dirty approach here, and give only enough detail for a couple of simple cases:

In each case the key to the process is to

The rest of this section describes these steps; in the next section we'll give example code.

The packaging file tree can be seeded using the dh_make program like this:

This creates a set of files in the debian directory, many of which are examples or boilerplate which can be ignored. The ones of the set that need editing in our cases are:

There is also a file called rules which follows Makefile syntax and which can be used to modify the details of the packaging process. In recent configurations this file uses a lot of implicit rules and doesn't need any changes.

4.2. Conventions for the Makefile

Having created our debian file tree we then need to create (or adapt) a top-level Makefile so that it:

The second of these is best accomplished using the install program. For example, given a binary called amazing, we can install it to DESTDIR from our Makefile like this:

Here the first command makes sure that the target installation directory (/usr/bin) exists; the second copies the binary file and gives it appropriate permissions for an executable program.

It is also convenient to wrap up the commands relating to packaging in Makefile targets; the next section describes these commands.

As noted earlier, the outputs from the packaging process are files of two types:

We'll create these files using the debuild program. In common with several other packaging commands, debuild uses various helper programs to do its work. One of the disadvantages of this arrangement is that documentation is often spread across several locations. For example, the manual for debuild doesn't describe all of the options that it is parameterised by — some of them are only described by the helper program documentation. A good place to start looking for their meaning is in the documentation for dpkg-buildpackage (which in turn calls a whole team of other helpers).

The debuild commands that we need are these:

The first command builds only a .dsc source package (using the -S option). The second builds both a .dsc and a .deb. In both cases we ignore the package directory (via the -Ipackage option) as this is where we'll put the files generated by debuild.

We use the source-only build when we're targetting an Ubuntu PPA (see above) — these only accept source packages, building a .deb of their own from the source.

This section gives package file and Makefile code examples for the script programs described in our pages on the SimBaMon simple battery monitor and the Blink my IP daemons. 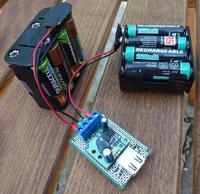 Below are summaries of the debian files used to build these packages. All of the code is on GitHub, including the Makefile.

The control file (the basic details of the package, its version and dependencies): The changelog file (the changes present in each version): (Use the dch -i to add a new entry to changelog.) The copyright file (the licence): The docs file (listing documentation files): The README file (details of the packaging of the software):

There are a couple more files needed for SimBaMon and BlinkIP that relate to their role as daemons — see postinst, postrm and the .default and .init links in the debian directory.

A lot of our recent projects have used the excellent WiringPi library to talk to the Pi's electronics from software. A small frustration in this process has been the library's lack of integration into Raspbian... So I've written the code needed to do this, and made it available from GitHub. 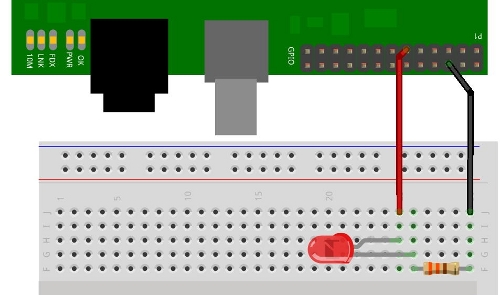 Unlike the script-based examples in the previous section, WiringPi is written in the C programming language and therefore needs to be compiled before use. Gordon Henderson (WiringPi's author) uses a script called build to do this; to create a .deb I added a Makefile that copies code from the build script and adds an install target and packaging targets (like those used in the previous section).

Then I documented the other changes I needed to make (mainly adding the debian directory) and sent the details back to Gordon. Hopefully he'll pull them into his Git repository one of these days and start the process of getting WiringPi included in the official Raspbian distribution.

For reference and to give a flavour of the process, below are the details of the changes made to the library.

Most of the changes that I needed to make (as opposed to adding new stuff) are in this commit: https://github.com/hamishcunningham/wiringpi/commit/707cf1bc343e07c9c07eb67c55ed93873c2c67c8

All the changes needed are as follows:

Here endeth the lesson. Debian packaging is a bit of a black art, but with a little effort (and a lot of copying from our elders and betters!) the results are very powerful, stable and long-lasting solutions to the problems of software distribution and installation. Now it's your turn ;-)

Packaging and distributing software for the Pi.