Resilience is ability to bounce back from stresses, strains and shocks. Resilient Cultures is about how open source software, open data and open hardware can help build social resilience.

A society is resilient if it can supply its needs (e.g. for food, shelter or health) without relying on systems outside of its control.

Resilient Cultures is a two-day event at the Festival of the Mind 2014 looking to the contribution of open technology to resilience. 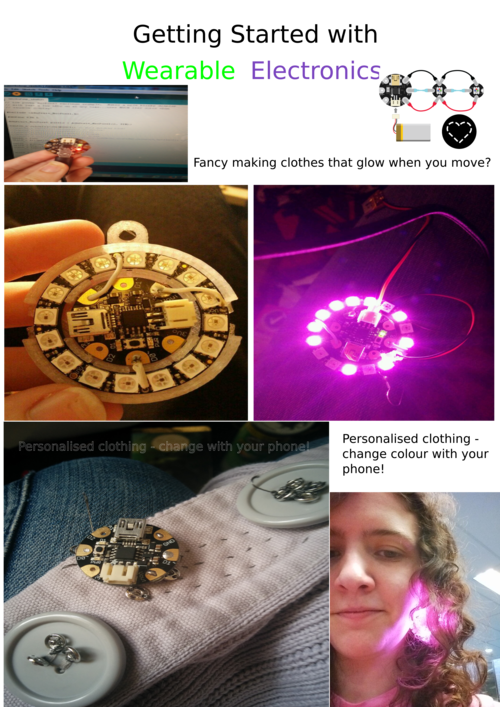 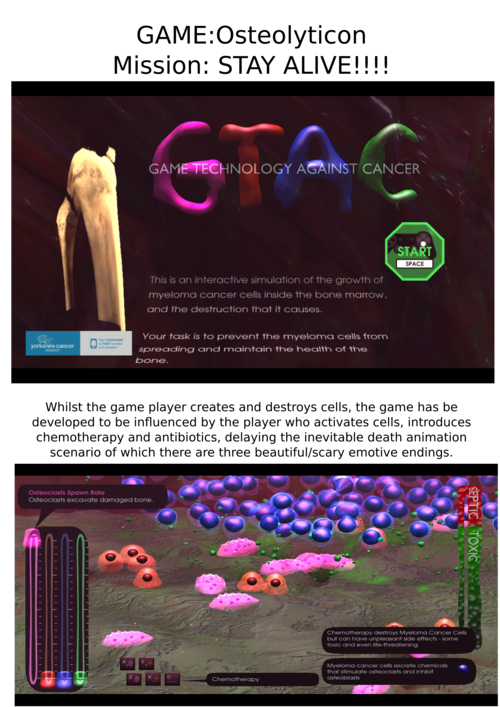 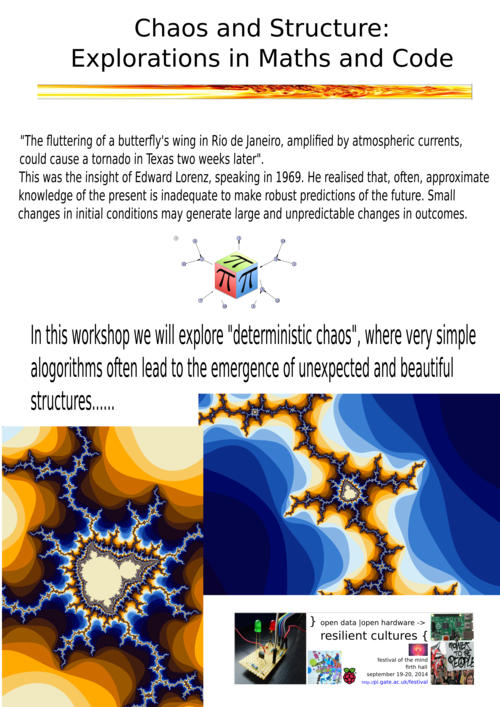 Climate chaos is accelerating and our market-driven system has no mechanism to respond. (There's no short-term profit in saving the planet!)

Many things, but one of them is to build resilience: our capacity to withstand shocks and changes.

As noted above, a society is resilient if it can supply its needs (e.g. for food, shelter or health) without relying on systems outside of its control.

A society is less likely to be resilient if it relies on shipping large parts of its needs half way around the world. We are vulnerable to disruption brought by war, or the chaotic weather systems brought by climate change, or the volatile price of oil.

How can openness help resilience?

The problem of surveillance is a good example. As shown by Wikileaks and by Edward Snowden and others, powerful states now routinely invade the privacy of their citizens. The lid on the laptop in my bedroom has a camera in it; is someone at NSA or GCHQ peering out of it as I write this? The paranoid fantasy of a few years ago is now documented reality. And a society under surveillance is not resilient because:

Open source software is the only possible defence against indiscriminate state surveillance. Closed systems (e.g. Microsoft Windows, Apple iOS, Google's Android services, etc. etc.) allow spy agencies to demand the inclusion of hidden backdoors and then to prevent the system owners from saying anything about their interference on pain of imprisonment1. (Not everything open is safe, of course — witness the recent heartbleed bug — but everything closed is unsafe by definition. Bugs in open systems get found and fixed; bugs and backdoors in closed systems are hidden forever.)

Another example: governments responded to the 2008 banking crisis by donating trillions of tax $s/€s/£s to the banks. A society in which there is no moral hazard (not to mention imperilment of bankers' bonuses) involved in stimulating unsustainable investment bubbles is not resilient — there's no reason not to do it all over again! (In fact looking back at the dotcom boom we might think we're already in repetition territory.)

Open data can help: the more transparency we have in the use of government and corporate funds the more we can understand the implications of policy, deregulation and the like. Open data can also challenge false assumptions about how the economy impacts on health and wellbeing, for example. In The Spirit Level public health epidemiologists use open medical, geographical and income statistics to demonstrate that greater inequality means lower quality of life for all members of society.

Open hardware contributes to resilience by making designs repeatable, adaptable and local. For example, instead of buying furniture made a thousand miles away from trees harvested in the Amazon, we might download a design to a workshop in our locality who would cut it from reclaimed wood. Open hardware allows people to make their own robots and cameras (or even electrocardiograph machines!) in this way. In computing and electronics open hardware is helping build skills and manufacturing locally instead of in Shenzhen or Seoul. The UK's Raspberry Pi, for example (a cheap computer made in Wales which is very easy to integrate with other devices) is one of the drivers behind the new focus on programming with open source in the schools curriculum.

Computing took a problematic turn when it became solely about learning office applications. Tools for experimentation and imagination became closed and ICT education suffered as programming dropped out of school syllabuses. With the advent of cheap, easily configurable computing devices (of which the UK's Raspberry Pi is the most prominent example) the boundary between creative culture and information engineering is re-opening.

Resilient Cultures will celebrate these trends, bringing together collaborations between extraordinary performance, science and engineering practitioners with around a dozen exhibits plus a regular stage show. Around half of these are drawn from exhibitors/visitors met at the 2013 Ideas Bazaar, with a balanced set from the academic and artistic populations.

Scheduled over one weekday and one weekend day, the weekday will emphasise schools attendance, exploiting existing connections in Computer Science and Maths outreach.

Open-source hardware allows people to make their own robots, cameras and even electrocardiagraph machines by downloading schematics and building — incorporating any desired changes — and, typically, free open-source software is available to run these projects. 3D printers have helped this adoption of the open-everything ethos. The Raspberry Pi is a cheap computer which is very easy to integrate with other devices and is one of the drivers behind the developing changes in the schools ICT curriculum. The low power Pi is also a vehicle for localist responses to climate change and peak oil. 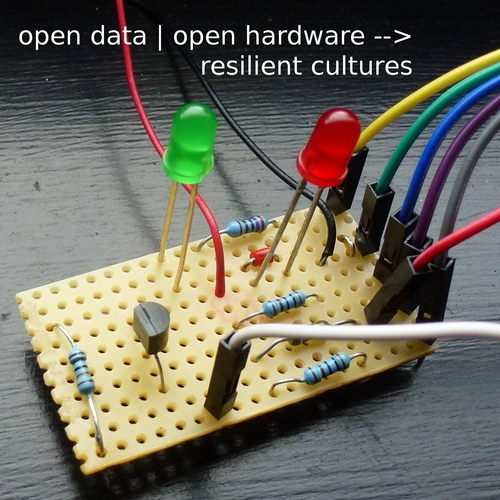 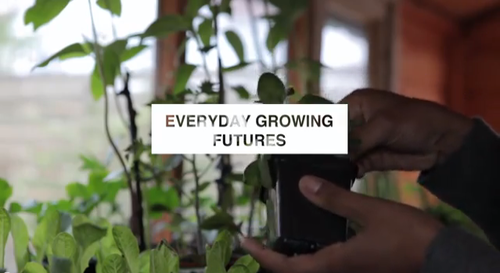 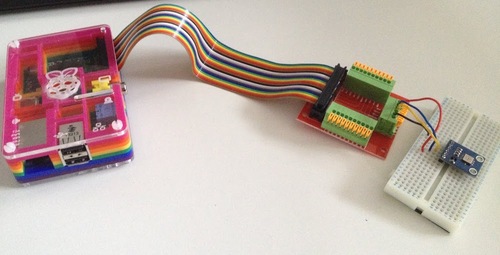 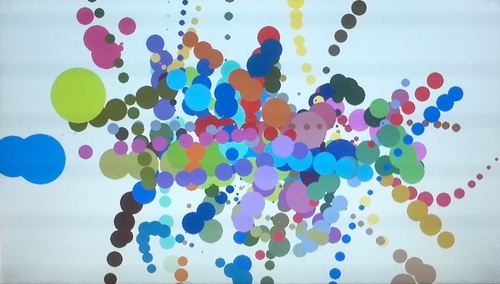